Opinion: Britain must reap the tourism rewards of this special year 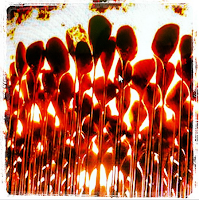 The iconic Hollywood film director of the early 20th century, Cecil B DeMille, once famously said: "The way to make a film is to begin with an earthquake and work up to a climax."

With still a week or so for the Olympics to play out we wait to see if Danny Boyle’s earthquake builds up to a climax – but the smart money seems to say that the Olympics has definitely put the UK on the map of global tourism.

For me the sense of anxiety I feel at the moment is not about how the world will see the UK as a tourist destination.

After the pomp and patriotism of the Diamond Jubilee followed by the opening ceremony of the Olympics, watched by a vast worldwide television audience, the UK was showcased magnificently (alright, the weather could have been better but we are the UK).

There is little doubt that overseas tourists will have the “British bug” and want to visit us.

No - my sense of anxiety comes from a feeling that the government and our politicians will squander the opportunity that this past few weeks has presented.

READ THE FULL ARTICLE AT: TravelWeekly written by Steve Dunne, executive chairman of the Brighter Group