The New Face Of Digital Marketing 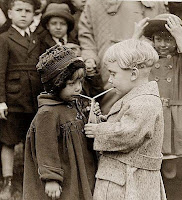 
SEO is being pushed aside by Social Media as the way to drive traffic. It is time to adapt and arrange your marketing appropriately.

The shareable story belongs at the center of your brand strategy.

The landscape of digital marketing is changing. Social Media is supplanting search as a primary way to drive website traffic.

Ironically, the beginnings of this change go back to the birth of Google, whose great innovation was to make a search engine whose rankings were based on social indicators of relevance (in particular, how often a website was referenced by others).

Now Social Media has allowed us to find real people – friends and like-minded folk – who will lead us to the content we are interested in. ‘Search’ is being replaced by ‘discovery’ as a daily internet activity.


Many centralized knowledge resources, while still important, are being skipped over in favor of social sources. Readers who used to get most of their news from a central source such as NYTimes.com may now read the links from those they follow on Twitter, or social news apps on Facebook. Social networks, decentralized and democratic, are providing more of the information experience people want. Marketers must adjust accordingly.

The iconic marketing goal of the social media era is ‘viral’ content – a video, photo or other content that spreads like a virus from host to host, making millions of people laugh, cry or think. But one must consider how many of those attempts at ‘viral’ marketing have succeeded. On a Wikipedia list of the most viral internet memes very few of them are associated with a brand and those that are were almost always created by a third party or viewed as a public joke.

Trying to produce a viral internet meme is like trying to stand up on a water slide. The chances that you will fall flat on your face and look pretty silly in the process are very high.


Know your audience and establish trust

Values, ideals and problems vary from person to person and from demographic to demographic, so the first rule in marketing shareable content is the same as it has always been: know your audience.

‘Viral’ content is almost categorically a blunt instrument: to reach that many people, it must have broad appeal. But a good marketing strategy does not say “we want to reach 10,000 people.” It says “we want to reach 10,000 adult males between the ages of 19 and 34 living in the 15 biggest US cities.” If your content is viewed by 1,000,000 eyeballs and all of them belong to 16 year old girls, then you have a problem.

The second rule of shareable content is: don’t abuse your audience’s trust. Sharing is an act that reflects trust in the authenticity of the content and the brand behind it. Therefore, being genuine is critical. The pursuit of virality has led to copious object lessons on this front. One ridiculous example is Sony’s 2006 effort at viral video: a fake blog and rap video called “All I want for Xmas is a PSP.” The whole campaign – organized stealthily as a fan site – was immediately derided as a ruse, described by prominent a critic as “transparent and pathetic.”

Viral marketing is gimmick, and sometimes gimmicks work. More often they fail, sullying your brand in the process. Take the example of website keyword injection in SEO. Sure your tube sock monkeys might be ranked first for the search term “tube socks,” but users are not robots. If you don’t offer value and quality, you won’t have a business. Consumers never liked these tricks, and search engines are now threatening to penalize those that use them. Substance is winning over trickery.

At the heart of this victory is the story. Stories are the new currency in digital marketing, as digital media allow consumers a surfeit of channels to listen to and engage on. Consumers want to be engrossed and entertained, and as with other entertainment media, they expect a story.

But stories are not just entertaining. Stories are useful, descriptive, beautiful, interesting: shareable.

Shareable, and participatory: when your audience shares your content, they often add their perspective to it, adding social credence that can further enhance its relevance.

Thus Facebook has put digital story-telling at the center of their platform with the timeline format for user profiles and brand pages. They made their aspirations very clear at the recent Facebook Marketing Conference in February. Estimates show that their new layout will increase engagement for 85% of brand pages.

Large corporate brands have already made the shift. Nike is an excellent example (of which there are many). They released this advertisement on YouTube just 7 days ago and it has received roughly 240,000 views so far. It was posted on Facebook less than 48 hours ago and has received 2,222 likes (seriously).

Brands can’t resist this trend; they must embrace it. In doing so, they will build audiences, build loyalty, and foster genuine relationships with their customers.