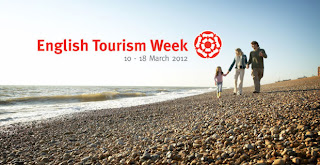 At its annual Parliamentary Reception held today in Westminster, the Tourism Alliance launched a new report, UK Tourism Statistics 2012, which shows that expenditure by tourists in the UK reached a record £125bn in 2011.


This result, which is £16bn higher than previously, comes on the back of a 14% growth in domestic tourism and a new VisitEngland survey of day visitors which indicates that expenditure on daytrips is now almost £54bn per annum.

The report also shows that the number of tourism businesses has grown from 200,000 to 249,000 and the total number of people employed in the sector has grown to 2.7m (9% of the UK workforce).

Brigid Simmonds added, “The strength of the sector in the current economic climate shows both that people remain very reluctant to forgo taking a holiday and that they are increasingly discovering that holidays in the UK represent extremely good value.”

“With the upcoming Diamond Jubilee and the Olympics Games, we can only see the UK tourism industry going from strength to strength. But we could do so much more if the Government cut red tape and bureaucracy - including improving the system of visa processing for oversees tourists from growth markets like China and India. We are calling on the Government to support our sector, so we can create more jobs in UK at a time for a real boost to economic growth."