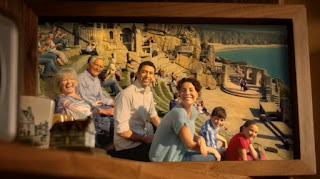 Tourism minister John Penrose has defended the government’s domestic tourism campaign against criticism of the slogan “Why on earth would you want to go abroad”.

Penrose said: “I’m saddened by the criticism. [But] our marketing message has generally been very positively received.”

He argued: “The outbound trade has a vast amount spent on it by governments abroad, and the domestic market has had almost nothing spent on it. A marketing campaign for £5 million has hardly levelled the playing field.”

Penrose added: “All we are saying is, don’t forget the great stuff on your doorstep. We don’t get upset when foreign countries advertise in the UK for people to go abroad.”

The minister acknowledged concern about the impact of the London Olympics on inbound tourism, saying: “Previous host countries have seen a displacement process.”

However, Penrose denied that inflated London room rates would pose a problem. He said: “By the time we get to the Olympics the average price paid will be pretty good value and very reasonable indeed for high season.”

A year after the government launched its tourism strategy, Penrose said: “A lot has been done, but there is a lot more to do. We have made huge strides on marketing, but the key is heads on beds.”