Why is the Government Telling You Where to Go on Holiday? 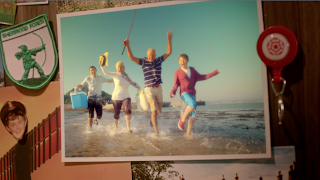 In the next few months, VisitEngland will spend some £4 million encouraging Brits to holiday at home instead of going abroad for their summer break.

The logic seems sound at first-glance: the domestic tourism industry is having a tough time thanks to the VAT rise and economic turbulence facing the UK economy. If all that money spent abroad was to be spent at home, it should boost the UK economy and help lots of people into jobs. A simple and logical argument, isn't it? Except it is flawed; let me explain why.

The premise assumes that money spent abroad is money lost from the economy, but this ignores the fact that the economic contribution of outbound tourism matches and by some accounts surpasses the value of inbound tourism - that is, visitors coming to the UK - so, it's pretty sizeable; it is a significant contributor to UK GDP; and it makes a very healthy contribution to HM Treasury.

What next I wonder...will we be told to grow our own vegetables, stop purchasing 'foreign' goods - only buy British...ration books! Sounds a plan actually!