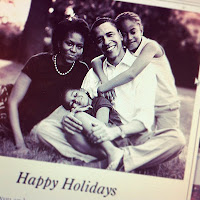 The number of travelers from emerging economies with growing middle classes in China, Brazil, and India are projected to grow by 135%, 274% and 50% respectively by 2016 (compared to 2010).

With the goal of bringing more of these potential tourists to the U.S., Obama said he will sign an executive order and charge several government agencies to take part in efforts and new initiatives to increase travel. Some of the initiatives include: a new pilot program and rule change for visa processing in China and Brazil, a final rule to expand and make the Global Entry program permanent, the appointment of new members to the U.S. Travel and Tourism Advisory Board, and the nomination of Taiwan to the Visa Waiver Program.

Obama has also directed the Department of Commerce to create a task force to develop a “National Travel & Tourism Strategy.” The task force will coordinate cross-departmental efforts and ensure private sector participation.

“Every year, tens of millions of tourists from all over the world come and visit America. And the more folks who visit America, the more Americans we get back to work,” said Obama.

The plan is endorsed by the American Hotel & Lodging Association, which sees it as having potential to “recapture America’s historic share of international travel.” The association touts that the measure could create 1.3 million new U.S. jobs by 2020 and produce US$859 billion in cumulative additional economic output.

The U.S. Travel Association also supports the proposal. "This is the first time our country has had a national strategy and set goals for the amount of visitors we want to welcome to our country. Not only will this increase traffic to America's wonderful destinations and attractions, but nearly half of the travelers will come to attend conferences and tradeshows," said Roger Dow, president and CEO of the U.S. Travel Association.