Plans to secure £3 million of council funding for tourism 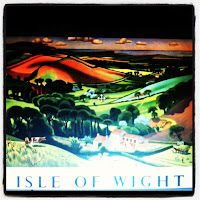 The Isle of Wight Council has announced its intention to consult with the tourism industry on its plans to create a new private sector-led organisation to promote and develop the Island as a world class visitor destination.

The development of the organisation will secure £3 million of council funding for the industry over the next nine years.

The plans are consistent with the government’s new policy on tourism, published in March this year which proposes new tourism organisations that are partnerships between local businesses, attractions and the public sector, but essentially industry-led.
A report recommending consultation into the principles of setting up a new ‘destination management organisation’ (DMO) for theIsland, is before the council’s cabinet member for the economy and the environment, Councillor George Brown, for a delegated decision. If approved, consultations could begin with those involved in the tourism industry on the Island, early in 2012.

Councillor Brown said: “We believe that this is an ideal vehicle for the tourism industry to have more of a say in how the Island is developed and marketed as the major visitor destination it is. At these most difficult of financial times it is an important commitment of the council to consider allocating a significant sum of its discretionary spending to tourism for the next nine years.”

The council has put together a discussion document which sets out its proposals for setting up a company to act as the new DMO for the Island. The company would comprise the council and the private sector, but is not designed to be in competition with other membership-based organisations such as the Isle of Wight Chamber of Commerce, Tourism and Industry, or the Federation of Small Businesses. Both are seen as having an important role to play in the new organisation.

It is intended full consultation will take place with those involved in the tourism industry on the Island to ensure the final form of the new company is shaped by their views.