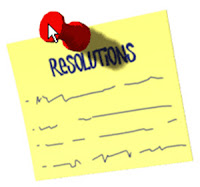 Treating social media like the Wild Wild West might have worked in the past, but future success will require a more strategic approach as both platforms and users get more sophisticated, hoteliers interviewed for this special report said

That’s why setting a strategy tops the list of social-media resolutions for 2012.

1. Define a Strategy
“The focus No. 1 should be to define a strategy. What are you doing in terms of social-media activity? What’s the purpose? And what’s the outcome you want?” said Jason Ewell, senior VP of e-commerce at New York-based TravelClick.

No longer can hoteliers just throw stuff against a wall to see if it sticks, said Kelly Poling, VP of marketing and distribution for Silver Spring, Maryland-based Choice Hotels International, which franchises more than 6,100 properties representing more than 490,000 hotels globally.

“‘What are our objectives in utilizing social media? What are some of the strategies and tactics that we can employ to best accomplish those objectives? How are we going to prioritize them? … and how do we measure those things on an ongoing basis?’ (Asking those questions is) critically important,” she said.

Rounding out the list of five social-media resolutions for 2012 are:

2. Commit the time and resources
“The second focus should be to commit to it; it’s here to stay,” Ewell said.

Making that commitment is easier said than done, however. It often involves asking the hard questions about priorities and existing responsibilities. Ewell advised comparing the value added by existing activities to the value that would be added by a committed focus on social media. That often requires sacrifices, he said.

“You need to make sure you have the bandwidth and the availability to be able to participate effectively in the social place. It’s not a set-it-and-forget-it type endeavor,” she said.

Customers expect constant, almost-instantaneous engagement, so having a stale social-media presence often can do more harm than good, Lundahl said.

There are resources to help with the process. Third parties will maintain and monitor a company’s social-media presence for a charge, while brands often offer best practices and support.

Toronto-based Four Seasons Hotels and Resorts, for example, has more than 80 local Facebook and Twitter accounts for individual properties with a dedicated task force to monitor them 24/7, said Felicia Yukich, the chain’s manager of social media marketing.

“That local extension is absolutely necessary,” she said, adding it allows each property to respond to customer queries and complaints more quickly.

And if nothing else, companies should at least monitor review sites, Lundahl said.

“Tread carefully and very strategically. … It’s about prioritizing,” she said.

3. Monitor, monitor, monitor
“Social media is first about listening,” TravelClick’s Ewell said. “… You should spend the time paying attention to it to see what customers are saying about your product.”

Even if a property is not on social media, it’s crucial hoteliers monitor what customers are saying. Managing online reputation is a necessity in the year ahead, sources interview for this article agreed.

Fortunately, there are easy and free solutions to help hoteliers, such as:

4. Take online feedback seriously
Because social-media commentary often is framed as an opinion, it’s easier for hoteliers to dismiss it as one-off ramblings. But they should resist the urge to dismiss any guest feedback, said Ashish Gambhir, founder and strategic marketing for newBrandAnalytics, a Washington, D.C.-based provider of social-media intelligence.

Instead, hoteliers should think of every online comment and review as a guest verbally expressing those sentiments at the front desk, he said.

“You’ll react differently and think of it as an operations issue,” he said.

That typically means approaching the comment with some degree of transparency, Choice’s Lundahl said. Hoteliers should first reach out to the commenter first to show they care and second to understand what needs to be done behind the scenes to resolve the underlying problem.

Following through on that second step is perhaps the most important, Ewell said.

5. Speak business, not social
“If I’m responsible for social media at my hotel, I might go back to my team and say, ‘It’s great because we have 50 new followers,’ or ‘We got a bunch of new ‘likes’ this weekend,’” newBrandAnalytics’ Gambhir said.

But those metrics lack the “so what?” that will foster buy-in throughout the hotel, he said.

Instead, social-media champions should translate “likes” and “followers” and other metrics into tangible data points that can effect change and drive revenue.

“Instead of speaking about those social metrics, speak about what your team cares about. Speak about guest feedback. Speak about the check-in process, the ambiance or the quality of the beds in the rooms,” Gambhir said. “All of that is there in the source commentary. …

“Instead of saying this is how our star rating has evolved, we can say this is how service has evolved or check-in/check-out has evolved,” he added. “Read the feedback, don’t just read the summary metrics.”