Visitors are increasingly footing the bill for tourism marketing 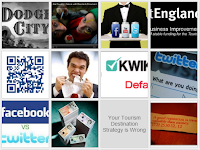 An up to date view of Tourism Funding issues across the USA.


Three years after the onset of the recession, CVBs and other destination management organizations (DMOs) across the country continue to be victims of the gyrating U.S. economy.
It’s a divergent landscape. While many DMOs have lost funds from their state and local governments, some continue to get revenue boosts from theirs.