Social Media pays off for a North Somerset Hotel 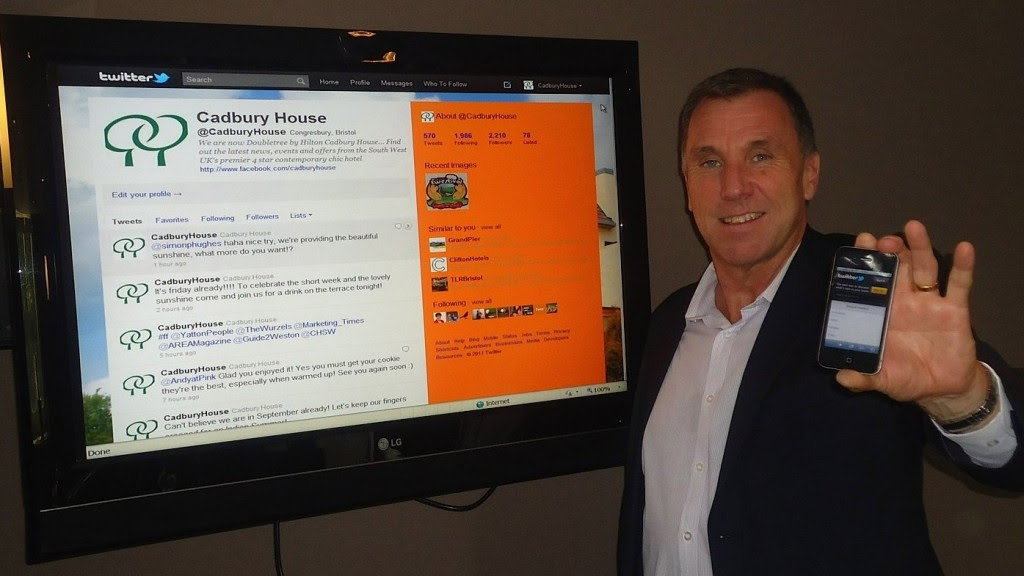 Smart use of social media has catapulted a North Somerset hotel into the Marketing Times list of Top 30 UK hotels on Twitter – well ahead of London's Ritz and the Four Seasons.
DoubleTree by Hilton, Cadbury House in Congresbury is rated number 11 with a score of 98.1* out of 100.

DoubleTree by Hilton, Cadbury House views the online social networking site as an integral part of its marketing mix.

“We have worked hard to make content on the account interesting and effective," said general manager Colin Badcock.

“We try to make our social media pages fun and interactive but they are also a great source of information on the promotions and activities we are running. We also provide exclusive discounts and offers for our online followers.

“It’s great that an independent hotel in North Somerset is competing with some of the most well known and renowned chain hotels in the world.

“In addition to our Twitter followers – totalling nearly 2,200 – more than 1,000 people have 'liked' our Facebook page – and this has given us a fantastic database to appeal to. The power of social media is growing all the time and we’re determined to keep our finger on the pulse!”

Number one on the list is the Chesterfield Hotel, London which has 50,567 followers. Other hotels mentioned include the May Fair hotel, London, the Hotel du Vin, Glasgow, The Scarlet Hotel, Cornwall and the nationwide accounts for Travelodge, Jurys Inn and Q hotels.

*A rating of 98.1 means that Cadbury House tweets have more of an impact than tweets from 98.1% of all other hotel Twitter accounts graded by the Marketing Times.