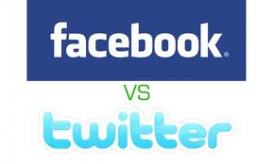 There are many social media channels that hotels can use, but by far the most commonly used platforms are Twitter and Facebook. In most cases, hotels (mistakenly) put greater emphasis on Facebook and neglect Twitter.


After working on hotel social media campaigns day by day for a while, I can honestly tell you that it is a big mistake. Twitter and Facebook each have their own personalities and each platform brings completely different benefits to the table. First Date on Twitter – Get Serious on Facebook!

To better understand each platform, let’s use the situation that we all are familiar with – personal relationships. Typically, before you let someone in your life, you want to know that they are worth it. You watch them, talk to them, test them out so to speak. Twitter lets consumers do just that. Once you get to know the person better and you want to have them in your life, you will want to deepen the ties between you, which is where Facebook comes in.

Consequently, if you want to make more people familiar with your brand, gain new customers or connect with people who are more private in nature, rely on your hotel’s Twitter account.

As you can see, both platforms have completely different functions, so if you were to ask me which one your hotel should use, I would have to insist on both!


I say mysterious, because to most Twitter newcomers, Twitter is a confusing mess that doesn’t make sense. When I first encountered Twitter, I thought exactly the same thing. However, as I have seen people booking the hotels after interacting on Twitter and all the traffic Twitter brought to the hotels’ websites, I got to realize that Twitter was a very powerful marketing tool with advantages no other marketing channel had.
3 Main Ways How Twitter Can Benefit Your Hotel & Why Facebook Doesn’t Cut It:
#1: The Easiest Way to Take Over Your Competitor’s Customers!

There is nothing easier than looking up your competitors’ Twitter account and contacting/following their fans (or followers as they are called on Twitter).  Since you offer similar services to your competitors, the chances are most of their followers will be interested in what you have to offer, so they will follow you back. When they do, you have a shot to show what your hotel is about and if you are good enough, they may decide to go with you, not your competitor next time they need a hotel.
Facebook doesn’t have such capability. You can look at the list of fans of your competitors, but good luck trying to connect with them.
#2: The Easiest Way to Go Viral!
Twitter is much more viral in nature than Facebook. Let’s illustrate it on example. Sheraton Maui recently sent out a message on Twitter: “Win a free trip to Hawaii!! Check out the Starwood Hawaii & SONY ‘Share Y

our Aloha’ photo contest here:http://bit.ly/atbAxV”  Since the account has about 2,000 followers, it means that 2,000 people could have potentially read this message. Let’s say 2 of Sheraton’s followers who each have 50,000 followers liked it and retweeted this message (meaning sent it to their followers). All of the sudden, we have additional 100,000 people who could have possibly read this message. Even though Facebook has a share button that allows fans to repost the brand’s message on the wall, it doesn’t happen all that often. Additionally, not many people on Facebook have 50,000 friends, so the impact of reposting on Facebook is way lower than on Twitter. Consequently, Twitter is generally much more effective in creating the buzz, getting the message across, and driving the traffic to your website, blog etc. than Facebook is!
#3: The Easiest Way to Find & Reach New Customers
Finding and reaching your target audience is a key to any sound marketing strategy. Twitter is the best tool out of all social media channels to precisely find the people you are looking for. You can look at thousands of Twitter lists that are relevant to your company as well as search the Twitte

r directories like Wefollow or Twellow for keywords. So for example, if you represent Hilton Chicago and your goals is to attract locals to eat at your restaurant, you could follow the people from the lists like “Chicago”, “Chicago-foodies”, “Chicago-hospitality” etc.  You could also find people on Twitter who tweet about food from Chicago area, look at the lists they are on, and follow their followers.
One important principle to remember: if you want to be followed, follow others!  By following others, you are reaching out to them and letting them know you exist and want to connect.
Even though you can find potential clients on Facebook via themed fan pages and groups, it is less precise and much more cumbersome. More importantly, reaching out to the people who are not fans of your brand yet is not an option on Facebook.
There are more benefits to Twitter that I could go into (and feel free to point them out in comments), but those I mentioned above should be enough for you to realize that your hotel needs a SOLID Twitter presence! So if your hotel does not, I urge you to change that!