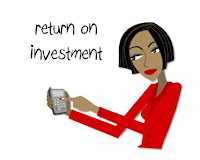 There's a bottom line when it comes to online marketing: the return on investment, so if your hotel is going to invest in social media platforms like Twitter and Facebook, you want to see the return on the time your staff or agency spends posting links and photos, right? Right.

News from Kantar Media Compete just might make you a little more confident in spending on social media. According to a recent study released by the group, it seems social media does in fact make an impact on consumer purchasing decisions.

The numbers come from the quarterly “Online Shopper Intelligence Study” which looks at cross-channel shopping behavior.

The survey was given to 2,574 online purchasers who shopped between July 14 and August 8, 2011 and here’s what they found out: 35% of respondents said that Twitter feeds had an influence on their purchase decisions.

Only 23.5% had the same thing to say about Facebook.

What's this mean for hotels?

While Facebook is the perfect place to approach your fans with stunning photo montages that woo the potential guest toward booking a room, Twitter is the place to seal the deal.

Why? Twitter feeds more at a faster pace compared to the average Facebook feed, giving consumers more opportunities to find something they like, and hotels the opportunity to show it to them.

Consumers on Twitter don't just post about where they are, they tweet about what they bought, who they worked with, what they saw and what's to come.

While Facebook has become the social media dialogue space (made especially apparent with the recent Facebook changes, which includes an entirely new photography section), Twitter is the fast-and-furious consumer decision making platform. Hotels in-the-know, know: you're not paying attention, you'll lose a sale.

As for Facebook, hotels have the opportunity to make out big following Facebook's recent changes, rolled out just last week. The best advancement for Facebook fans: the introduction of the "timeline."

With the timeline, Facebook now allows you to tell stories via photos. Hotels can open a world of options for guests who are considering their next vacation spot by uploading a montage of photos and telling the "story" of each photo as it flips through the timeline.

Facebook continues to be a traffic driver for hotels, but in this case, a picture really does say a thousand words (as opposed to the 140 characters you'll get on Twitter).