3 Ways Your Hotel Can Make an Impact on Twitter 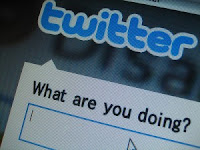 
Are you merging the two accounts or do you keep them separate? Your tweets are an insight into your hotel, and what the hotel represents. I'm consistently asked by hotel clients how to keep the conversation going, without being too self-promotional - what happens when you run out of things to tweet about? Impossible!

This is conversation in 140 characters - there's always something to say. Here are three ways your hotel can make an impact on Twitter, even if you can't seem to find the words, that will also drive responses and followers:

Did someone retweet you today, or mention you in a tweet about great service or upcoming stays? Always respond to comments and mentions. Remember: twitter is a conversation tool, and conversation builds relationships. If you look at your twitter profile and it's all things YOU say, and very little responses to things others say, it's time to rethink your strategy.

There's a time and place for typical PR, and of course you should use Twitter to announce promotions and special deals, but don't forget to @RT those people who are talking about your hotels, or respond to people who are requesting customer support from your hotels via Twitter. Most importantly, share any press mentions. Tweeting media clips with your followers is a great way to boost your online presence (and potentially generate additional press for you).

Get personal. There's nothing wrong with inviting your followers into your life as a corporate member of the hotel. Let a member of your team take the Twitter helm for a day and talk about all the things that interest him/her, both inside and outside the hotel. Ritz-Carlton (@RitzCarlton) does this every Friday, featuring a new Twitterer from one of their 75 hotels talking about the unique and exclusive happenings in and around the hotel.

The InterContinental Hotel Group (@InterConHotels) has concierges from any of the 171 brand hotels around the world responding to guest tweets and suggesting things to do in various cities. The Mandarin Oriental has one corporate account and various hotel-specific Twitter accounts. The main account (@MO_Hotels) retweets information from the individual hotel accounts, and also tweets random notes of inspiration or quotes of the day, which add a bit of personality to the luxury brand.

However, in addition to the hotel information you'll see from these hotel Twitter accounts, you'll also notice personal tweets from the brands that could include anything from a favorite dish at a local restaurant or photos from a festival or parade.

Here's a little secret we learned in journalism school: when you can't find the words, use a photo to tell your story. The same holds true for Twitter.

A concept from my good friend and travel pro Jonathan Epstein from Celebrated Experiences [www.celebratedexperiences.com ] started #FriFotos a few months ago, and the concept caught on like wild-fire. Each week Epstein and his #FriFotos hosts announce a new theme for the week (recent themes have included animals, history, "blue", sunsets, and more) and on Friday, the photos take over Twitter.

Hotels can get involved by posting photos of their various hotels that relate to the theme and use the #FriFotos tag. Retweet other photos you like and comment on those photos that take your breath away, make you laugh, or inspire you to travel. Think of #FriFotos as the end of the week party - come in, be social and enjoy the conversation! You're likely to meet a few new followers along the way.

Bonus tip: We've talked about this before, but it's worth mentioning again - running contests on Twitter is a great way to up hotel presence and fill rooms.

Just remember to keep your contests reasonable. Once in a while it's a great way to generate new interest and new consumers; too often and it's a cry for attention. Find the happy medium and a great new angle, and you'll have a very successful Twitter campaign that boosts your brand.

Written by Melanie Nayer who is a hotel reviewer and expert on luxury travel around the world. She has covered all aspects of hotels including corporate restructures, re-branding initiatives, historical aspects and the best of the best in luxury hotels around the world.