TripAdvisor: How to tell if a review is fake 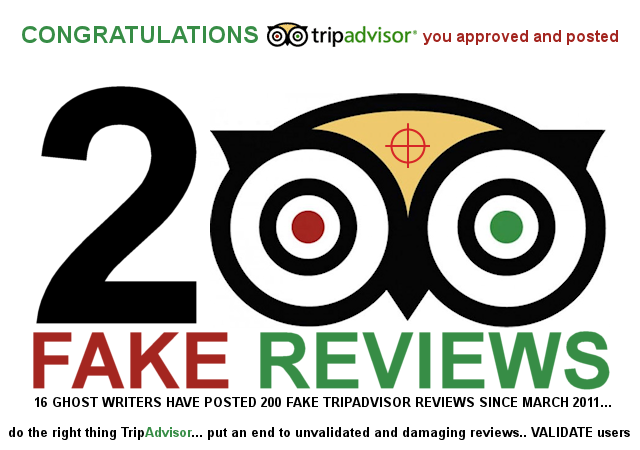 Researchers reveal how to spot comments posted by hotels themselves.

They have fooled thousands of travellers into visiting hotels which are not what they seem.


But now researchers have finally come up with a way of spotting fake reviews on travel websites like TripAdvisor.

By studying the language of bogus recommendations they identified how companies fool the public into thinking their hotels and resorts are above par. 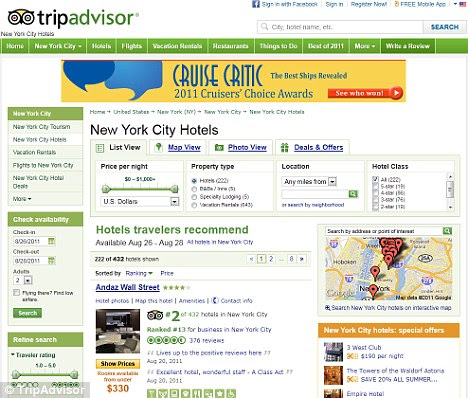 Clues: Researchers have revealed tips on how to spot if a review is genuine or not


A direct mention of the place where somebody stayed is a dead giveaway, as is the heavy use of 'I' and 'we'.

Adverts which include lots of adverbs like 'really' and 'very' should be suspect, along with exclamation marks which denote false enthusiasm.

A focus on who the person was with, such as a husband or family, should also alert travellers they are being duped, the scientists said.

The research was commissioned after it emerged that hotels in Britain and abroad are bribing guests to write glowing reviews on website like TripAdvisor in exchange for cash or cut-price rooms and meals.An entire industry has also sprung up of individuals who are prepared to fake hotel reviews in exchange for a small fee. 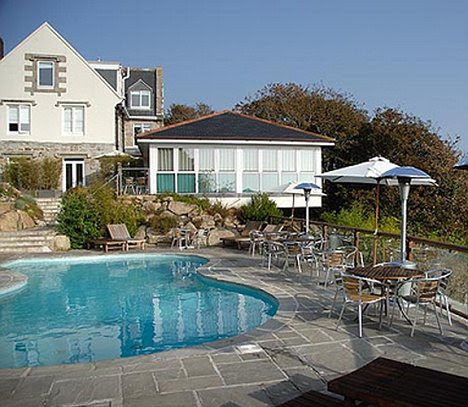 Feedback: The Cove near Penzance, England gives guests 10 per cent off food and drink if they post an 'honest but positive' review


The researchers from Cornell University in the U.S. tackled the problem of what they dubbed 'deceptive opinion spam' by asking freelance writers to produce 400 fake reviews of Chicago hotels and post them on review websites.
They then mixed in 400 real reviews of the same hotels and asked three judges to try and tell them apart - but they were unable to do so.

The team then developed an algorithm which was able to spot a fake 90 per cent of the time.

It found that a narrative account of a holiday tended to be a sign it was a not authentic.

Other factors indicating a fake included excessive use of superlatives and a lack of detail and description. 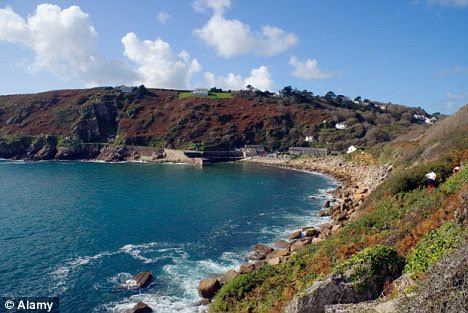 Picturesque: Lamorna Cove, which is near Penzance in Cornwall, England

'We evolved over 60,000 years by talking to each other face to face,' Jeffrey Hancock, a Cornell professor of communication and information science who worked on the project told the New York Times.

'Now we're communicating in these virtual ways. It feels like it is much harder to pick up clues about deception.'

TripAdvisor, which has 45million reviews of more than 500,000 destinations, is a popular first stop for holidaymakers seeking honest opinions about places to stay.

Already 30 properties around the world have been blacklisted for suspicious reviews and there is a thriving black market in hotels willing to pay people to write positive reviews.

The Office of Fair Trading says it will launch an investigation if it considers rules have been broken.

Among those which have been caught out are The Cove Hotel in Cornwall may face an inquiry over allegations it has breached the TripAdvisor reviewing rules.

Set in Lamorna Cove near Penzance, the hotel gives guests 10 per cent off food and drink if they post an 'honest but positive' review on the website.

As well as Britain, such practices are illegal in Ireland, France, Italy and Germany but that has not stopped thousands of people from touting their services for as little as £6 a review.

'The whole system falls apart if made-up reviews are given the same weight as honest ones,' said Myle Ott, Cone of the Cornell researchers.

In a positive twist, after the study was published the team behind it were immediately approached by a dozen companies to ask for more information, although it is not clear if the algorithm will be made public.

The firms included those which rely heavily on on-line reviews to help their business including Amazon, Hilton - and TripAdvisor.


Article source: TripAdvisor: How to tell if a review is fake | Mail Online: