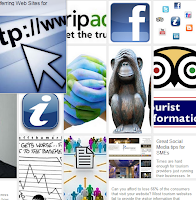 Within just the past few years, social media has transformed from being a teeny bopper tool for flirting into a tremendous source of communications and a social force with which to be reckoned. The road has been a bumpy one though and not everyone has performed well in the new media.

Major travel brands have an automatic advantage when it comes to social media. In most cases they have long established and trusted brands that people seek out. As compared to bloggers or smaller travel companies, these brands really don’t have to work hard to first attract followers. However, they do have to work hard to keep them and this is where most fall short.

Having worked in a professional work setting for my entire career, I can easily imagine how most companies make social media decisions.

Big Boss: I read an article that social media is important, we should have a presence.
Manager: Ok, but everyone is pretty busy with their current workload.
Big Boss: No problem, let the intern do it. He’s young and understands it better anyway. Plus who cares, we just need to be there. 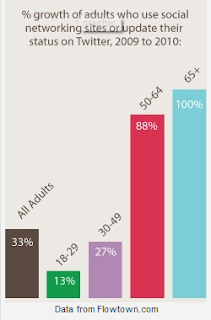 Pretty surprising, isn’t it? The average social network user is mature, educated and informed. Not exactly the prevailing image one would expect. So why then would you hire someone who can’t relate to these individuals to lead your social marketing team?

I’m about to make A LOT of assumptions and am ASKING to be corrected. I hope that my hunches are wrong, and they will be in some cases, but in most cases they will hold true.

From spending a couple of years observing travel companies on both Twitter and Facebook I have noticed some themes. The first is the most surprising to me personally, the sin of not engaging.

The entire purpose of social media is to reach people in ways that are faster, more easily accessible and more personal. Unlike massive PR campaigns or TV ads, social media allows a faceless brand the opportunity to humanize themselves and interact with their customers and potential customers at a very personal level. And yet, so many fall short of this.

I have been followed by several airlines, hotels and other travel companies that don’t even have a single tweet in their history. Rather, they created an account, gained followers and gave up. Either they didn’t have the staff to carry through on their efforts or they lacked desire, but either way the effect is equally disastrous. Companies should not start social network accounts because they feel they must have a presence. They have to start them in order to better interact with their customers and to better build their brand. Social media can be invaluable for PR and media efforts, but only if you play in the social sandbox.

One level up from the asocial brands are the brands that only push deals, specials or press releases. I can’t tell you how tired I am of only seeing Tweets or status updates from companies that only talk about how great they are. Why would I assume anything other than the fact they support their brand? I don’t care if they got the triple star diamond clover award for best bellman in Toronto. It matters not to me and if that’s all I wanted to know, I’m sure I could find it on their web site. Similarly, it is equally tiresome to ONLY see promotional updates from brands. Some are expected and indeed welcomed, after all I’m probably following because I want to score a deal at some point. But to ONLY talk about these promos is bad social media etiquette.

So what should these brands do? I’ve assembled a few steps all travel companies should take in order to become a true presence in the social network realm which will, in turn, serve to promote their brand and hopefully increase business.

1. Create strong, easily identifiable accounts on major social networks. Ok, if you’re a major company you’ve already done this, but it doesn’t hurt to revisit the account. Is the image the one you want to associate with your brand? Does the one-line description adequately describe you? The splash page on Facebook is more important to customize than Twitter as “liking” a brand on Facebook is frankly a bigger commitment than following on Twitter. Make sure it is readily apparent that following you won’t be a waste of the user’s time.

2. PERSONALIZE - It’s great you’re a huge, multinational company that has tremendous name recognition. Yay you! However, social networks are about being social, and that means humanizing things. Some major brands indicate the name of the person communicating on their behalf, which is great. If that doesn’t work for you, then share some things once in a while. It’s ok for Marriott to say that the snow made traffic in DC unbearable that morning, no one thinks Tweets are done by a computer. That in turn is a great way to ask your followers about the weather where they live and if they’re planning a warm weather vacation. In the same vein, one person really should always be handling all social media updates whenever possible. Voice and tone are extremely important, especially when you only have 140 characters. You want to build a following around your brand, but also around the personality of your brand as well.

3. Promote yourself and others – Social media is a great resource because people are constantly sharing information, both their own and of others. I absolutely expect major brands to send out updates about their products, properties or whatever. But I also expect them to share information they think their followers may find valuable. Even though it doesn’t relate to US Airways and wasn’t written by them, a retweet on an article about packing or how to travel with kids would be great to see. It shows me that they care about their customers and that they care about more than just selling seats. In all social media, but especially so on Twitter, companies that ONLY push press releases or updates without interacting in a positive way or retweeting anyone else is very quickly ignored. The account becomesvirtual white noise.

4. Engage, don’t just react – This relates to #3, but it is vital to engage with your fans and followers. You accomplished the hard part, you got them to follow you. Now you have to keep them. Follow what they’re saying, interact, ask questions, be helpful – in other words, participate fully in the social network. I’ve seen a lot of companies, airlines in particular, act just like a complaints board. That will no doubt be a part of the work, but it shouldn’t stop there. Social media is a two-way street and it’s time to start thinking that way.

5. Blogs aren’t for press releases – Many travel companies also have corporate blogs, which is great. However, I fear they were started simply because someone heard the word ‘blog’ in the news and told a subordinate to start one. Not all corporate blogs are bad, Kiwi Collection does a superb job with theirs, as do many others. What is key though is to make sure your blog isn’t a place to copy and paste press releases. Once again, I expect companies to promote their business, but I don’t need it all the time. Rather than tell me about the great conference rooms at your resort in Aruba, tell me the top 5 things to do in Aruba that would actually make me want to visit. Highlight your business in an indirect way, while always providing information to make sure your resources are used should a trip be booked. It’s a balancing act, no doubt, but that’s yet another reason why you need an experienced professional at the helm.

I didn’t include the ability to relate, because I think it depends on the brand. But in general, companies need to avoid giving social media responsibilities to the lowest person on the totem pole. As I previously noted, the average user is in their late 30s, probably has a family, probably is a professional and needs someone who can relate to all of those attributes. Like it or not, the information sent and even the tone of the account matters in this regard and staffing decisions should be made accordingly.

I didn’t write this to pick on companies or to overly criticize them. On the whole, I think most are doing a pretty good job and a small number are even excelling at it. The corporate environment demands a quantifiable ROI, which may not always be readily apparent from social media usage. Just as the effectiveness of some other forms of PR are hard to ascertain, so is social media. While it may be difficult at times to easily quantify all of the benefits, it is very easy to see the negative effects of not engaging or engaging poorly.