Video: How Important is it for SEO & Getting Found On-line?

On-line video is becoming a very important part of on-line search, and needs to be included in your company's planning for being found online and to optimise your web site for Organic SEO. So the questions you need to be asking are.

Well, I don’t know if you have noticed but when you perform a Google search that video is increasingly part of the search results, in fact if you do a search on Google for, “Social Media” three of the first four results are online videos (such as YouTube). See the screen shot below that I took at 9:09 pm Thursday, July 30. Google is obviously including online video as part of its developing search alogorithms for serving up the most relevant search results for its audience. 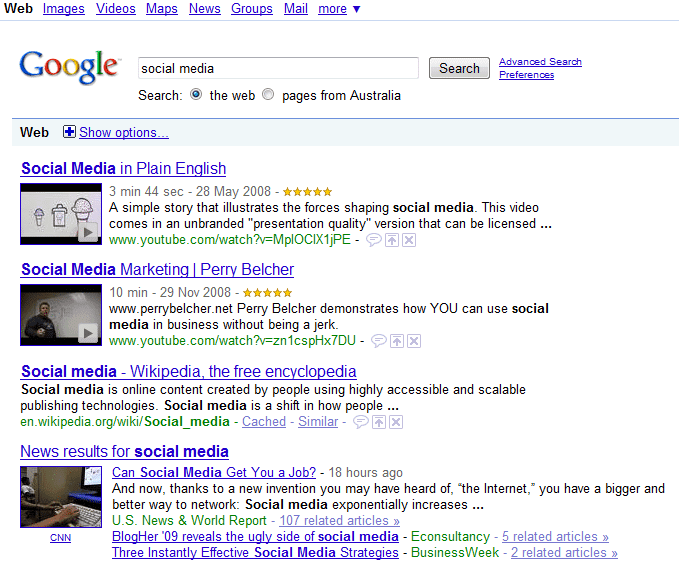 So if that doesn’t convince you how important Google is taking On-line video in its search and that you should be including it in your Organic SEO Planning, just take into consideration the following facts and figures regarding On-line video usage and growth provided by “Media Post” and realize why “Google” is making it an integral part of online search.

So how are you using On-line video in optimizing your site for Google search? Is it working for you. Would like to hear your stories, the good, bad and the ugly!