DMOs and my problem with the Staycation

The role of a DMO is under international review.

What we understand them to be now is not what they will be in the very near future.

Already on this site we have a link to an international survey questioning  "How good is Tourism Marketing where you live?" and we've been discussing DMOs at some length in a LinkedIn group "A New Model for Destination Marketing" (if you have any interest in the future of Destination Marketing you should join).

In a world where the only certainty is change, DMOs are now under pressure from consumers, tourism businesses, funding sources and politicians to recognise that the current model doesn't work any more. They may not want to recognise this for themselves, or indeed want to but the time for change is now.

Over in Seattle recently they held the Destination Marketing annual conference. Attendees were tweeting using #DMAI12 so from my 'luxury' office by the sea in West Kirby, England I could still get a great sense of what was being talked about and a key topic was the future of DMOs.

The current DMO structure won't be around in 5 years, those that are will struggle to rationalize their existence. Boom! #DMAI12
— Rodney Payne (@rodneyp) July 17, 2012


The US definition of a DMO is different to the UK. Here we talk about Destination Management Organisation whereas in the US they mean Destination Marketing Organisation. The trend in the UK though for the last ten years or more has been for our Management organisations to involve themselves more and more in Marketing - consumer marketing but paid for from the public purse. The long standing argument was that the Public Sector HAD to perform Destination Marketing in response to the perceived market failure caused by the inability of private sector tourism businesses to market their own destination themselves.

In the US the performance of Destination Marketing is critical to private sector support for the activity - DMOs must provide a Return On Investment. Because the private sector is much more directly linked to the DMOs core funding they expect, no demand to see some bang for their buck.

In the UK we see no evidence of Return On Investment - we hear much about the size, strength and importance of the tourism economy but has a decade of not inconsiderable investment into marketing helped support this sector - has it made a difference?

This year we saw the launch of a well publicised Staycation television advertising campaign featuring Stephen Fry, Julie Walsh and Rupert Grint extolling the virtues of our green and pleasant land. The campaign had its critics but the message was sound. Holidaying in the UK can be a great option and is good for our economy. Why indeed go to Bondi when you can go to Bridlington?

But how did we get to the point though where the government itself has to try and persuade us to holiday at home?

Isn't that what why we invested so heavily into our DMOs for more than a decade?

All the money that went into the local promotion of virtually every part of this country - was that not intended to convince us that we should holiday in the UK? Why did we end up with tourism's equivalent of "Your Country Needs You"? 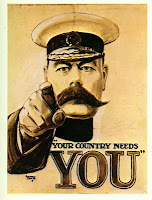 And how will this get escalated if we still don't Staycation in the numbers that the government want? If the many, many £millions invested over a decade, the creation of a nationwide network of DMOs all desperately marketing their differing local regions and finally a £4m TV campaign doesn't persuade us to holiday in the UK - then what next? Close all our ports and build an iron curtain round our coastline?

The worst part about the Staycation TV campaign was that we reached the point where it was even needed in the first place.