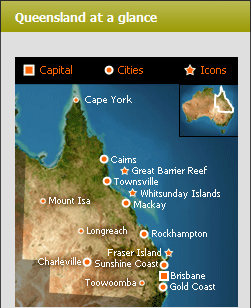 State funding for tourism organisations in regional Queensland will be doubled to help prop up the ailing industry.

Premier Campbell Newman told the DestinationQ conference in Cairns today the funding would increase from $3.11 million to $7 million through a redirection of resources as the industry struggles to attract tourists.

But he says the government can't afford to just "throw buckets of money" at the industry to help it compete with the high Australian dollar and neighbouring countries.

"Simply preserving what we have will not meet the challenges of the future," he told the 300-plus crowd.

"We can't afford to sit with the status quo and it won't get us to where we want to go."


Mr Newman had campaigned about tourism being one of the major pillars of Queensland's economy during the lead up to the state election.

He told tourism operators the conference was about coming up with a new way forward for the state's tourism as he promised to do in his first 100 days in government.

Some of the conference's major focuses will include reducing red tape, attracting and retaining skilled workers in the industry, marketing strategies and how national parks were operated.

The forum, which several ministers including deputy premier Jeff Seeney are attending, was welcomed by tourism bodies.

Accommodation Association of Australia CEO Richard Munro said it was important for frontline operators to be able to air their grievances directly to government.

"It's important for governments at all levels to put in place policies which promote investment in both existing and new tourism accommodation products which do not adversely impact on operators", Mr Munro said in a statement.