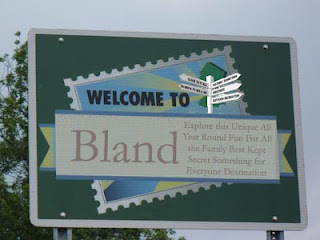 I'm not sure how it ever came about but for some reason Destination Marketing became something that only the public sector could do.

For me the very idea that there should be a public sector department of tourism marketing seems weird, it's like something out of George Orwell's 1984. In fact the current staycation campaign would probably have had Winston Smith heading straight for Bondi - not Bridlington.

However as the government has seen fit to cut off the money, dismantle development agencies and not worry about the inevitable consequence to tourism you have to assume that public sector Destination Marketing was not working.

If it was we'd know about it wouldn't we?

The government would have said "we'll keep this investment in tourism going because it's really paying off". There would also be countless angry DMOs renouncing the cuts, pointing out exactly how well that marketing investment had performed, how much better the industry was following the years and years of investment! Tourism Business owners also would be up in arms, furious that this important route to market was being denied them, that they would suffer financially, that tourists would not now be able to find them.

But none of that happened. Probably because the government saw no recognisable Return On Investment. No one was able to quantify what the real benefit had been. And anyway people that work in the public sector risk losing too much by even voicing an opinion let alone being outspoken (the Silence of the Lambs). Or perhaps no one actually did the figures - we spent this, we made that, the profit was...

For tourism business owners there were no complaints because ultimately it made no difference to them. Public sector Destination Marketing was not driving any visible amount of new business.

A successful Tourism sector is profoundly important for this country but does that mean we need the public sector to be solely responsible for how our town's, cities and regions are marketed? The local tourist board will never be able to compete with the likes of Google, TripAdvisor, etc. Even the most successful national tourist board websites attract a tiny fraction of the available online audience - much less than 1% (0.01% or worse). This should be acknowledged and public sector tourism marketing should stop trying to compete against these industry giants.

In the UK now there's a movement to introduce Tourism Business Improvement Districts (TBIDs). TBIDs enable Destination Marketing to be funded through local taxes raised by tourism businesses. The problem we will face in the UK is that the idea of TBIDs is being driven by the public sector. The TBIDs model works very successfully in the United States because the private sector is much more involved, active and interested in Destination Marketing. There is no similar culture in the UK. Will it just be seen as yet another tax that tourism businesses have to bear with very little in return for the business?

If TBIDs succeed, and funding enables new and revitalised private sector led initiatives what will DMOs be offering that was different from the past?

This I believe is the question we should be asking. Please feel free to contribute - all ideas will be welcome and shared. You can contribute anonymously if you need to - no one will ever know :)