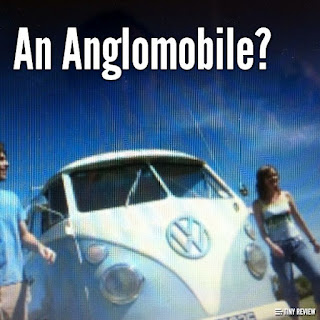 VisitEngland has launched a nationwide campaign to find England’s “biggest fan” for an all-expenses-paid 70-day trip around the country.

In a statement, the organisation said it is looking for an aspiring travel writer or broadcaster who is “passionate about England, and likes nothing more than exploring the country and passing on their experiences.”

An idea that seems to borrow a great deal of inspiration from Tourism Queensland's "Best Job in the World" campaign but substituting Hamilton Island on the Barrier Reef with the Isle of Dogs (amongst other places). By coincidence we are also being asked in the current VisitEngland TV advertising "why go to Bondi when we have Bridlington?"


Anyway the successful candidate will follow the Olympic Torch Relay through a number of towns visited by the Torch, blogging and writing about the experience. Camper van company O’Connors Campers will be providing a classic van for the trip. A van described as an "an iconic Anglomobile" but is quite clearly a VW - maybe an "AngloMerkel" would be a bit more accurate.

Chairman for VisitEngland’s, Lady Cobham, said: “What this person won’t know about England by the end of the trip won’t be worth knowing! They will be England’s official number-one fan, and chief inspiration officer for the country. This is a brilliant opportunity to explore England to the full, and to cut their teeth at travel writing and broadcasting.”

Potential ‘fans’ should send a 100-word piece on their favourite place in England along with a photograph to www.visitengland.com/faninavan by midnight on Monday 9 April. Shortlisted candidates will go through to a second round for an interview with a final judging panel before a winner is chosen on 8 May.

Clearly the hints of bitterness in this article are a clear indication of my jealousy at what looks like a lot of fun for one lucky aspiring travel writer!