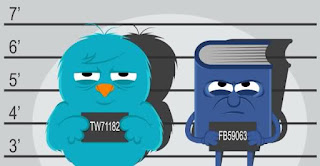 Almost half of business managers are unaware that they carry legal liability for their social media content, research finds.

Despite three quarters of company owners saying they regard social media communications as formal business records, 34 per cent describe their approach to social media as ‘chaotic’ and ‘unmanaged’, according to a study by information management firm Iron Mountain.


Three quarters (74 per cent) ban the use of social media at work completely.

Head of information security at Iron Mountain Christian Toon says, ‘Social media is troubling organisations much as email did a decade or so ago. It’s new, it generates huge volumes of unstructured data, and that makes it hard to control.’

Toon adds that the immediacy and informal nature of social media increases the potential risks of data breaches and information exposure, making it understandable that many companies feel threatened.

However, he says that social media also offers a wealth of possibilities in terms of customer engagement and market awareness. ‘No business today can really afford to ignore it. Social media is the tool that a new generation of workers will expect to work with.’

Iron Mountain says that theoretically, every tweet, post or blog constitutes an official ‘record’ that needs to be retained and for which a business is liable, but also acknowledges that the law in this area is still evolving and its application is often unclear and inconsistent.

The organisation advises business owners to make sure they understand their latest legal obligations.
It also recommends differentiating between social media for business and personal use, establishing official ‘corporate’ accounts on social media platforms such as Facebook, LinkedIn and Twitter, which will make it easier to draw lines between personal and professional usage.