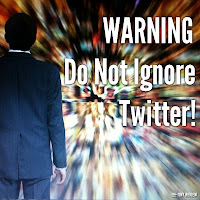 While many hotels are doing their best to engage with their guests on social media channels, some still leave us underwhelmed.

We often talk about the benefits of being social, but what about the drawbacks of passing it by?

What should a hotel who ignores social media expect?

Chirping Crickets
If you’re not listening, there’s nothing to hear. Chances are your competition is listening for mentions of their hotel, but they could be listening for dirt on you, too. They’ll be better equipped to deal with the growing demands and changes of consumers and guests because they’re listening, while you’ll be on an island of your own.


Losing Popularity Contests
People want that human connection. One thing you won’t have to worry about if you’re not utilizing social media is ever making friends with anyone. You might be feeling all secure in your previously-proven awesomeness, but some other boutique hotel is moving in on your turf and happily friending your once-loyal-guests.


Fewer Statistics and Reports
By ignoring social media and the many benefits it offers, you won’t need to spend time fussing over encouraging reports that demonstrate how you’re connecting with your audience online – because you won’t even have an audience. Maybe you’re better off not bothering. Who needs advocates and growth, anyway?


No Buzzing in Your Ear
Just because you’re not at the social media party doesn’t mean no one is talking about you. You can expect not to be bothered with the details of the conversations being had about you whether you’ve amazed your guests by doing something awesome for the local community, or upset an influential member of an online community. What you don’t know won’t hurt you, right?


Missed New Business Opportunities
That block of vacant rooms may just stay vacant. You could use Twitter to effectively toss out a last-minute promotion to generate extra dough, but hey, that’s not for everyone.

Frustrated Guests
People are trying to get your attention on Twitter even if you’re not on there. You’ll leave your guests feeling as though they’re hollering across a canyon. The only response they’ll get? Their echo.


The Bottom Line
Don’t let your brand sink in a sea of well-engaged hotels. You may be confident today that your no-social strategy will work, but hotels of all sizes are trying hard to captivate the audience that you should be catering to. Are you going to let your competitor sweep your once-loyal customers off their feet?

Trust me, people get excited when their favourite hotel (or any brand, really) tweets back at them and otherwise engages via social media. What consumers strongly dislike is when they reach out and are stood up by silence. According to Jeff Bullas, each day Twitter sees nearly half a million new accounts created, and an average of 190 million tweets shared with various networks. Can you afford not to implement a social media strategy of your own?