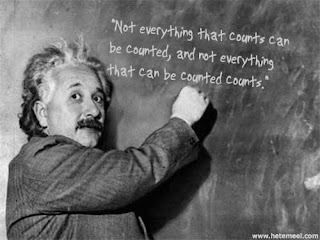 The FINAL word on social media ROI is this… sometimes.

Give me a few minutes of your time and I’ll gladly explain.

Right now people seem to be fretting far too much over ROI and social media. Right now the camps seem to be polarized and split into two very outspoken groups. One side chanting “Social Media has no ROI” the other side scream ” Yes it does and you’re an idiot for not thinking so.” It’s getting to be rather annoying actually.

Social Media is a tool… that’s IT. It’s a very versatile and extremely powerful tool with an immense amount of potential I believe we’re only just beginning to tap into. However, by itself it is just a tool and has no inherent value of it’s own.

A hammer laying on a table has no use or purpose until it’s swung into action and used to get results. Social Media is absolutely, positively no different than any other marketing tool out there on it’s own.

PPC (pay per click) has no monetary value (and so no ROI) on it’s own. Media buys, affiliate marketing, SEO, SEM, and blogging have absolutely no value on their own. What gives them the value, and thus the possibility of ROI being calculated is how they are used.

If you’re using a hammer to put a screw in the wall you’re not going to get amazing results and end up wasting a lot of time. Why? Because you’re using the wrong tool for the job. You’d get much better results if you used a screwdriver or a power drill.

This analogy moves right over to internet marketing and thus social media.

ROI is a financial equation, a metric and that’s it. It’s not the end all be all. It’s not the ultimate answer to a broad question (the value of social media). At the end of the day when you write up your reports you need to have solid business metrics to back up your success or document your failures and that doesn’t just mean ROI, because honestly, it’s just one piece of this puzzle.

Read the full article at JoshPeters.com