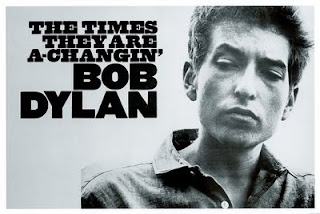 Social media has changed the way we do almost everything. We make buying decisions, find jobs, play games, listen to music and learn socially. But for business it's clearly been a more challenging shift.

Engaging in social media requires a fundamental change to the way businesses function and think. No wonder so many are slow to embrace social media and devote budgets to it.

The challenge is that most businesses are stuck in traditional thinking and marketing that doesn’t translate well to a social atmosphere, on- or off-line. While many people are advocating the evolution of businesses to becoming, “social businesses,” few people are outlining specific changes that will help them.

Here are some ways traditional business need to evolve to become social:

1. The concept of an audience is outdated.

People are not out there with their hands in their laps listening intently as your company gives a speech, issues a press release or announces the new service you are excited about. They won’t wait for the 15-minute question and answer period at the end of that speech. They are commenting on your Facebook post on Saturday and looking for your answer to their tweet on Monday night. You may be able to start a conversation, but like real life conversations, you can’t be sure where it will end up. Your only hope is to develop a community and then behave in a way that respects the members. You’re going to live or die by that community.

Touting audience numbers is a holdover from the days when all businesses had to evaluate their advertising expenditures were magazine readership and Neilson T.V. viewership. The number of visitors, subscribers, likes and followers is not the most important fact. Anyone can get 15,000 Twitter followers. That’s why you see a Twitter handle with 300 followers that has a higher Klout score than one with twenty times that number. Your hundred thousand Facebook “likes” is irrelevant if no one comments or clicks on your links because your posts won’t be shown in anyone’s feeds. Even a million visitors isn’t really a big number if your bounce rate is 95%. Engagement is measurable and it’s far more important than the top line number. The difference between the top line number and engagement is the essence of what it means to be social.

Strategy conjures up images of battle — you against the consumer. In the evolved, human form of marketing that is social media, empathy should inform the decisions you make. If you can empathize with the people you want to reach; if you can sense what they need, because you care about them, you’ll be better off than if you set out with the idea of making moves to force them into a position. How can you do that? They are talking to you and you are talking to them every day. You measure the results of the content you offer. You listen. The studied, carefully crafted approach may have worked 15 years ago but it is devoid the feeling that is part of social interactions.

4. You can’t get people’s attention with marketing messages.

Marketing messages fall on deaf ears. There’s just too much noise out there. No matter how nicely the message is wrapped up in a bow and placed on a blog or Facebook page, a marketing message is still a pitch, and people have become immune to the pitch. We earn the right to market in the context of a relationship that has been built over time. The most effective marketing doesn’t come from your business anyway. The most effective marketing happens when influential people choose to share your story. This concept may be well known but judging by the actual behavior of brands, it may be the last of the dinosaur ideas to become extinct.

5. Writing is more important than copywriting.

The goal of copywriting is to convince someone to take an action. Copywriting is a holdover from the days of broadcast style marketing. It aims to manipulate and drive people to act. Writing brings people into your world, tells your story, and engages them. Then they decide to act. Copywriters, please don’t take offense. Good copywriters are good writers. Even if you only have six words at your disposal, you should be writing. Hemingway famously told a story in six words: “For sale: baby shoes, never worn.” That’s not copywriting.

Some individuals at your organization will need to come out from behind the corporate curtain and speak from the heart. People connect with people. People buy from people. Who at your company is going to get comfortable with that?

Big corporations tend to move slowly. There are committees and meetings and chains of command. The legal department may want to get involved. This process only offers the illusion of control and is the kiss of death in social media. Solve this by creating social media guidelines and policies and carefully hiring and training customer facing employees. There is no time for bureacracy in social media.

So, they may ask, where’s the bottom line here? If your company is used to measuring the results of a campaign, they may have to shift their thinking. Campaign thinking is antithetical to social media. You may have a campaign to bring more people to your Facebook page but it’s what happens with them over time that matters. Campaign thinking is short sighted. Social media is about creating relationships. Relationships and trust take time. You may have to act quickly on social media, but look to the longer timline to measure results.

9. Influence is the new power.

The old media had centralized power. They had the power to say, “No,” to your company’s article or press release. They had the power that came from being “it” for information. The new media has influence. A single mom blogger may only have 1,000 readers a month, but those readers check in every day, and they care deeply about the person blogging and what she thinks. When that little blogger expresses love for your product or concern about your product’s ingredients, she might be able to change the behavior of a large portion of her readers. Multiply that times thousands of mom bloggers –some with scores of thousands of readers. Of all the opportunities for brands to engage in social media, connecting with bloggers and building content-rich blogs to be the least universally adopted.

In this scene from Mad Men, replace the word “television” with “social media.” When Harry, a media buyer at the agency, tentatively proposes that there should be a department devoted to this up-and-coming new media form called television, Roger Cooper anoints him head of this new department of one. That seems to be where some companies are right now with social media. It’s hard to blame them. Who really wants to step whole-heartedly into something that will require them to change the entire way they do business?