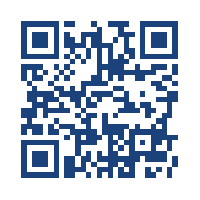 They’re new, they’re funky looking, and no one is completely sure how to best use them. Yet Quick Response (or QR) codes are being used by many hoteliers in their marketing efforts and they see a bright future for these little squares.


A QR code is a matrix barcode, or two-dimensional code, that can be read by smartphones. The information encoded might be text, a URL, or other data. These codes can be scanned by customers, who’ll get linked to customized information, deals, Facebook promotions or other social media efforts.


Used mainly in print advertisements or on signage, companies can get QR codes for free; technical giants like Microsoft and Google are working on developing their own versions for which users would be charged a fee for downloads.


The good price is just one reason to use this tool, said Del Ross, VP of U.S. sales and marketing, InterContinental Hotels Group. “Mobile marketing has taken off like a rocket,” he said. IHG put QRs in advertisements for its Vacation Pay promotion, launched in May, and running through the end of this month. The campaign offers customers a US$75 rebate following a stay at an IHG property.


The program’s response rate has been strong, though Ross said there’s no way to track how much of a role the codes played in the success. Still, using the tool Ross called a “barcode on steroids,” can create some great outcomes.


“Even if I get a, ‘Hey what’s that,’ and no one clicks it, that’s a better ad than before because the customer took greater notice of it. A QR code is still unique, so it’s a way to cut through the clutter.


“Our ambition for the codes was to ramp up the effectiveness of the ad, its visibility and customer engagement,” he said. “Getting increases in any of those areas is great.”


Ross sees many potential uses in the future.


“QR codes could direct customers to our social-media pages,” Ross stated. “We may do that, or I could see creating a car wrap with QR codes on a tradeshow floor, or having the codes at our tradeshow booth.”


Still, Cross - who at press time introduced a different ad that took QR code users directly to a rates and package page with an image of the Royal Sonesta Hotel New Orleans - said there are benefits to using this tool.


“It gets us perceived as hip and cool,” she said. Plus, she noted, “People who maybe wouldn’t have found the brand otherwise did because of it. You don’t know what new clients you might get from this.”

Xotels, which offers marketing assistance to hotels, is tying QR codes to service at three properties, said Patrick Landman, founder and CEO. The Hotel de Londres in Spain, The Signature Hotel in Saudi Arabia and Htel Serviced Apartments in Amsterdam are posting signs with the black-and-white boxes around the hotels. Once guests whip out their phones and scan, they’ll be sent to the hotel’s blog, where there’s information on area restaurants, events in the city, etc.

The move is a unique effort for Xotels to engage with customers, he said. “Once guests go to the blog, which is linked to Facebook and the like, they can post comments, so it creates engagement with our social media efforts. It allows us to connect to the consumer in a non forceful way.”

Landman has seen an uptick in engagement by guests recently with property Facebook pages. “Customers are ‘liking’ things we post, and they’re commenting. This surge is presumably because of the QR efforts, as there have been a fair number of scans,” he noted.
All of this engagement allows the hotel to deliver better service to guests, Landman contended. “Better service leads to customer loyalty and higher guest satisfaction,” he said. “That creates best scores on sites like Trip Advisor or Yelp, generating more demand.”