Kansas' Dodge City got into tourism as Plan B 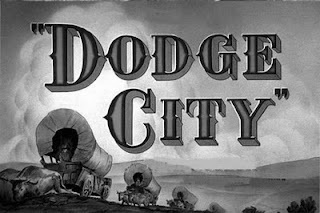 Did you hear about the city that decided to skip the recession?

Dodge City has been blowing the doors off its tourism business since the start of 2008, with the Kansas community's guest tax revenues up about 40 percent since 2007.

In 1997, city voters approved a 1 percent sales tax to be set aside for building tourism-related venues and programs in hopes of gaining new revenues.

The city of 27,000 built a racetrack, a sports complex, a convention center and was selected as the first U.S. community for a state-owned casino.


As everything started coming together for Dodge City, the recession hit. But Jan Stevens, Dodge City Convention & Visitors Bureau director, had an idea.

Her thought: "We need to focus on those who can and will act. We are a drive-to destination, full of western history. Let's just be more of who we are. We're the Old West and our attractions should involve groups and families in a new way."

Stevens and others at Dodge City CVB partnered with neighboring CVBs to create Try Southwest Kansas, a regional marketing effort.

With Boot Hill Casino & Resort, United Wireless Arena, Magouirk Conference Center and its ties to the television show Gunsmoke, a city known of its cattle industry roots is now rooted in tourism.

Two years ago, Dodge City Community College & Area Technical Center partnered with the American Hotel & Lodging Educational Institute on a program offering associate's degrees in hospitality management and food and beverage management and a certificate program in hospitality operations. The college is now working with Fort Hays and Kansas state universities on transfer programs so students in its programs can follow up by working on bachelor's degrees.

"This is certainly a product of the people," Dodge City/Ford County Development Corp. Chairman Jeff Hiers said at a news conference, The Dodge City Daily Globe reported. "This is a great day. ... We celebrate that everyone has been involved."

So, once again, this helps prove that with tourism together we are stronger. But isn't that something we all know?


Original Article: Kansas' Dodge City got into tourism as Plan B: