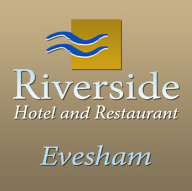 A hotelier's business has seen a "catastrophic collapse in bookings" after her customers wrote online TripAdvisor reviews which were too positive, it has been claimed.


The Riverside Hotel & Restaurant's page on TripAdvisor was "red-flagged" because the site believed hotel staff had tampered with reviews. But the manager of the establishment in Evesham, Worcestershire, has insisted it was all a misunderstanding and that one particularly positive review, posted by a customer using the hotel's WiFi network, is behind the whole affair.

Deborah Sinclair, 45, said she believed the customer, who had stayed for around four weeks after his home was flooded, had written the review while he was still in the hotel. "He brought us flowers and told us he had loved his stay and that he had written to TripAdvisor about us," she said.

"The irony is that I was ranked number one in the area before all of this. We have had to drop the prices from £125 per night on average to around £40 just to fill the rooms – we used to turn people away. I normally cater for the high end of the market, people who spend £40 a night are less likely to spend a lot of money in the bar and restaurant."

Good reviews on websites like Trip-Advisor can drive hordes of holidaymakers to a hotel, while bad ones can keep them away. The site has started scanning for reviews sent from IP addresses matching a hotels to stop fraudulent reviews. When suspicions were raised about the Riverside Hotel's profile, a notice was placed warning users.

"When it went up, the phone stopped ringing. I guarantee 100 per cent I've not written anything about my hotel on there," said Ms Sinclair, who plans to sue the site.

A TripAdvisor spokesman said: "The investigation revealed representatives of the property were engaging in fraudulent activity and a badge was applied. If an owner feels it has been unfairly applied, we urge them to contact us."

NB: TripAdvisor reviews submitted by guests still staying at the hotel will register with TripAdvisor as being from your IP address - so they will be led to believe that it is the hotel submitting the review and not the customer.