Move over, TripAdvisor. There’s a new leader of hotel reviews in town! 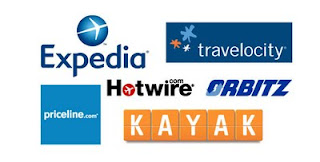 According to a PhoCusWright study of 27,000 U.S. hotels comprising 65 major brands, two out of every three online traveler reviews were posted to an OTA. The remaining third, or 34%, were posted to a travel review site like TripAdvisor.

Equally important as the majority OTAs now hold in the online review game is their influence therein.

“Those visitors that do click through beyond the (OTA) search results to read the review, they are significantly more likely to book travel online within the same month both on an online travel agency but also on a branded hotel website as well,” said Douglas Quinby, senior director of research for PhoCusWright, during a webinar Thursday titled, “Tweet This! Social Travel Grows Up ... or Does it?”

Roughly 7% of unique visitors to any major OTA complete a booking within the same month, he said. Of those who click through to read a full review, that percentage bumps up to 13%.

“It makes a very clear case for why OTAs have invested in building their review content for their hotel shopping platform,” Quinby said.

It also makes a very clear case for why hoteliers should be paying close attention to what guests are saying about them on the likes of Expedia, Priceline and Travelocity.

If consumers are taking the extra step to read a full review, that means they’re typically closer to the purchasing portion of the travel lifecycle. They likely have narrowed down the date and destination of their stay. Now they’re simply choosing between one property or the next—a decision for which rates and reviews hold influence, Quinby said.


Social networks enter the frayShould hoteliers forget about TripAdvisor? Absolutely not, Quinby said. The site still accounts for nearly four out of every five reviews posted on an online travel review board. Hoteliers just need to take a more comprehensive approach to online reviews in general.

That means being aware of other social networking platforms, most notably Facebook, Twitter and Foursquare, Quinby said.

These sites helped the number of U.S. online travel reviews grow from roughly 880,000 in 2008 to nearly 1.1 million in 2010, according to PhoCusWright. Social networks also yielded direct hotel bookings.
Anywhere from 10,000 to 25,000 U.S consumers went to book a hotel room immediately after visiting a social review site like TripAdvisor from 2008 to 2010. Facebook dwarfed that count, sending upwards to half a million referrals during 2009 and 2010, Quinby said.

The sizeable gap there isn’t surprising, he said. For one thing, Facebook is the single most visited website on earth. For another, just because someone was on Facebook doesn’t mean they were necessarily referred to book a hotel stay. A consumer might simply have been perusing photos or status updates unrelated to travel before booking a hotel room, Quinby said

That’s not to downplay the influence a site like Facebook has on booking behavior, he added. More than four in 10 travelers are influenced by social networks when planning a trip online.


“Social media is playing a bigger role across the travel lifecycle, the shopping, the booking and even the travel experience itself,” Quinby said. “Social media is no longer the bells and whistles. It’s part of an essential feature set.”