What the new Google Places means for your Business 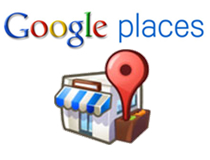 When the service initially launched about a year ago, these third party sites griped that their content was unfairly being used by Google, and that the Places reviews were appearing above their content.


And now that Google has decided to remove their content and instead offer only reviews given from Google Places, these companies again feel shut out of the action.

Google also released a sharing button on the top of its Places Page. The button is meant to encourage and streamline reviews directly for Places--presumably because they can no longer rely on third-party reviews to fill the pages.

The shift has some real implications for businesses who rely on such services to be found and ranked. This is especially true for small and medium sized businesses (SMBs) who may not have the marketing budgets to drive traffic their way, and who rely on local customers to keep their doors open.

Previously, which site a user would submit a review through mattered less, because the majority of this content was being seen through Google anyways. Now, business owners need to be especially careful to get the right review, from the right review site.

With that in mind, here are a couple things to consider as you focus on building a positive reputation on Google Places:

Make up for your mistakes. Obviously, it's impossible to talk about building a solid online reputation without talking about the core issues in your business. But most importantly, understand that one dissatisfied customer is more powerful then ever; one bad review can cost you real business. So implement policies that allow your employees to reward costumers who may have had a bad experiences. Freebies or discounts work great. And chances are, if your company makes a mistake, recognizes it and rewards the customer, you're more likely to get a positive than a negative review.

Get as many reviews as possible. Remember that one bad review that can damage your reputation? Well, if it's surrounded by dozens of positive reviews, a reader is more likely to disregard it, or to see it as an isolated incident. No business is perfect, and you're going to get a couple awful reviews, so bury them under a big pile of positive content.

Respond, but don't engage. If a user brings up an issue that you can objectively address in a response, go ahead and give one. Don't engage, don't argue, and always be transparent. Identify yourself and clearly answer whatever issue was raised. Also, don't open the floodgates. If responding will entangle you in a back-and-forth, don't do it. Leaving a private email address is a good way to handle such complaints in private.

Normalize the review process. People are more apt to give reviews when they have exceptionally bad, or exceptionally good experiences at a business. This means you're missing out on a whole slew of customers, perhaps regulars, who come into your business and have good experiences, but who never thought to offer a review. You can nudge them towards writing something by putting up a sign reminding them to review, printing your Google Places URL on your card, or have your staff mention it. If your business is up and running, chances are the majority of your customers like what you're doing -- make sure they let everyone else know.

This doesn't mean don't worry about those third party developers, but Google has, or will become the most consequential review site on the web. This means that while a negative CitySearch review of your business may go unnoticed, a Google Places review probably won't.

The good news is that Google Places is relatively new, with many businesses with only one or two reviews--meaning businesses tarnished by a couple upset reviewers could find a fresh start.

This article was written by Ilie Mitaru who is a culture and business journalist and an occasional entrepreneur. He is the founder of an alternative business magazine, Stake, set to launch this Autumn. Follow him @iliemit.