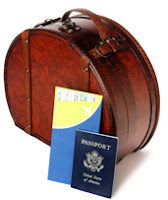 The introduction of Tourism Improvement Districts [TIDs] to the UK is, I believe, inevitable. In an environment where there is little or no public sector funding for Tourism (in an industry that has never really succeeded in working together) you soon get to the point where legislation is the only option. This may however turn out to be the best thing for UK tourism.

TIDs are a fast-growing phenomenon in the United States. Many destinations, from large cities to coastal towns and rural areas to thematic groups have found the answer to their funding problem lies in the creation of TIDs. Here in the UK as DMOs are now having to deal with substantial funding cuts they need to seek innovative, independent sources of destination marketing financing. Importantly it would make sense for ALL of the industry to come together to learn how this model can be adopted across the country.

Why would different cities/regions replicate the time, effort and investment needed to understand the viability of TIDs to their own particular circumstances when this 'learning' has already been done? There are important lessons to be learnt here, it affects us all so let's save some time and money and agree on a coordinated approach to TIDs as a funding model. It makes sound economic and practical sense.

The following article was provided to me by John Lambeth at the Sacramento based consultancy firm Civitas and gives a good overview of their (considerable) experience of TIDs. Civitas has been involved with TIDs for over 15 years and has guided nearly 100 districts through the formation, modification or renewal process. They have formed the majority of special districts in California, written BID laws in California, Nevada and Hawaii and are currently drafting the necessary legislation in Brazil and El Salvador.


It’s a troublingly familiar story; faced with funding tourism marketing or cutting services, local governments reduce or eliminate tourism funding – leaving DMOs scrambling to fill the funding gap. In the wake of funding cuts, many DMOs are looking inward, towards industry-driven marketing funds that won’t be subjected to governmental budget reductions. In many destinations a new kind of funding mechanism, the tourism improvement district, is being used to fill the gap.

What is a Tourism Improvement District?

Tourism Improvement Districts, or TIDs, are a stable funding source for destination marketing efforts. TIDs are typically funded by an assessment on hotel room sales, tying marketing funds directly to tourism. Funds are managed by a nonprofit corporation, oftentimes an existing DMO, with representatives of assessed businesses sitting on the board.

In enacting its statewide tourism district, California followed a much smaller example - the City of West Hollywood. In 1992, West Hollywood pioneered the TID concept, igniting a revolution that sparked formation of over fifty additional TIDs throughout California. Ranging from small districts of five hotels to supersized districts with 350 hotels, with budgets from $100,000 to $30 million, in coastal havens and urban enclaves, California’s TIDs represent every type and size of destination.

Throughout California, local TIDs raise in excess of $100 million for destination marketing programs. DMOs all over the state have made up for lost funds with TIDs, often raising funds above-and-beyond those cut from local government marketing budgets.

How is a Tourism Improvement District Formed?

In addition to California, two other states have enacted legislation allowing TID formation -Washington and Montana. A few more states are exploring potential TID legislation; yet others need a gentle push in that direction. Enacting legislation, or identifying existing legislation, is the initial step towards forming a TID. TID legislation typically delineates a formation process with business owner and government approval mechanisms, describes procedures for assessment collection and budgeting, and sets requirements for district activities and management.
Once legislation is in place, the TID formation process follows a typical pattern. The five-step formation process begins with forming a project steering committee, undertakes outreach and approval processes, and ends with forming the district.

The steering committee’s first task will be to assemble a database of businesses that will be in the district. Database information includes business owner name, business address, gross revenue (where available), and other characteristics of the business. The database is the foundation of the TID formation process, and is often updated and modified throughout the project.

Through outreach to business owners, the steering committee can identify district needs and priorities. TIDs can fund many types of destination marketing programs, including advertising campaigns, sales lead generation, website development and marketing, social-media marketing, and special event sponsorship. The business plan will identify the services to be provided, and include a proposed assessment rate and budget to implement those services. The business plan should also include a description of the district area and a list of businesses in the district.

Many business owners are attracted to the TID concept because they have a measure of control over the district – especially in district formation. The owner approval process varies by jurisdiction, but often includes either a petition or ballot process. In whatever manner local legislation calls for, business owners will have an opportunity to approve the proposed district and associated business plan.

Sunny San Diego, California may not seem like a destination in need of a TID – in fact, you had probably visited San Diego long before it created a TID in 2007. But, what you may not know is that the San Diego tourism industry began suffering from a diminishing availability of public funds for destination marketing in the early 2000’s. By 2003, San Diego’s lodging industry was actively investigating alternative methods of funding marketing programs. After dozens of meetings to consider their options, lodging businesses decided to create a TID. In 2005, a consultant was hired and TID formation began.

Following the typical TID formation pattern, a steering committee was designated to guide the project. Over two years, the steering committee and consultant worked with the City of San Diego to secure adoption of an ordinance allowing TID formation (a method of enacting enabling legislation available in some jurisdictions), reached out to lodging business owners, and successfully navigated the City approval process. In 2007, the committee’s efforts resulted in formation of the San Diego Tourism Marketing District (http://www.sdtmd.org/about).

Will Your Destination Create the Next TID?

The TID concept has proven its effectiveness in creating a stable source of funding for tourism promotion. Recognizing the funding advantage a TID can provide, industry experts all over the world have taken the future into their own hands by creating TIDs. Industry experts have come to realize forming a district may be the single-most significant tool available to create a long-term impact on tourism promotion financing.