Social Media Trends To Watch in 2012 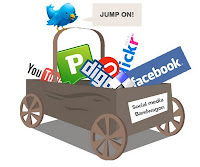 There has been much debate in the industry over the past few years over the merits of social media, particularly whether it has in fact achieved a real return on investment for organisations. However a recent article on Marketing Week’s site highlighted some very interesting statistics that confirm that social media is in fact, here to stay.

The findings were based on a survey completed by more than 17,000 managers and business owners across 80 countries, including 4,000 respondents in the UK.

Over the past year, there have been great improvements in social media monitoring and analytics, an increased emphasis on real-time search and information distribution, and research such as the above (as well as many others) are confirming that social media is more than just a fad.

So what will be the social media trends to watch in 2012?

Here’s what we think;

Social media allows businesses to quickly and economically communicate to a large audience and in 2012, we will see more and more organisations using it as a customer service tool.

Some recent examples include;
2. More companies using social media sites for competitions (and some really creative competitions too)

While there have already been some great examples of companies using social media sites such as Facebook to run competitions, we will see more companies launch exciting and creative competitions via social media to make them really stand out from their competitors.

Only recently, KLM ran a very interesting competition on Facebook. The ‘Tile & Inspire’ competition invited people from around the world to create a digital Delft blue tile, containing an inspirational message. A selection of inspiring tiles (approximately 4000) will be printed on 30x30 cm size foil and will be glued to the exterior of a real KLM plane that is set to fly to many destinations around the world.

Competitions are an excellent way of fostering new audiences on social media channels and indeed on your own website. They provide you with an exciting way to broadcast messages about your brand and products to a large number of potential new customers but if using Facebook, be warned, there are very strict rules that you must adhere to if you want to ensure that your competition is legal according to their regulations.

Therefore, as we search online, we will start to see more real-time information in our results from Facebook, Twitter, blogs and user generated reviews.

Already in 2011 we have seen that Bing has started pushing relevant content from our personal networks to the front of search results, making them more personalised. Google made a similar move also, firstly challenging the Facebook ‘Like’ button with the introduction of their ‘+1’ button and now they’ve made a move that directly challenges Bing, by using results from Twitter, Flickr and other social networks to help users make decisions on content based on the recommendations of their friends.

Here at Digital Visitor, we recently conducted our own in-house research to see which social media sites were appearing in the first 5 pages of Google for 100 top travel companies. What we found was that 59 percent of the companies we looked at had a social media profile on page 1, 43 percent on page 2, 27 percent on page 3, 25 percent on page 4 and 11 percent on page 5. While YouTube, Facebook and Wikipedia were the most frequent sites that appeared, Wikipedia had the overall best ranking position at 10 (page 1 position 10).

If your brand is not yet engaging on Facebook, Twitter, LinkedIn or YouTube, now is the time to get involved. It will only continue to influence your brands results on search engines, and the more your content is shared, liked, and tweeted, the better!

4. More companies will include user reviews and ratings on their websites


‘Reviews enhance sales by up to 18 percent’

There are flurries of statistics across all industries that prove why online reviews are important for businesses today, particularly how they impact purchasing decisions, so we will start to see more businesses gathering user reviews and ratings on their websites.

Social media has become everything to everyone, and as more and more people and brands engage via the ever growing number of social media sites, the question of how to match up relevant information with the right people will become vital for businesses to succeed.

With over 98,000 tweets per minute, 695,000 Facebook status updates per minute, 79, 364 Facebook wall posts per minute and 600 new YouTube videos uploaded per minute (and this is just the tip of the iceberg) it is important to provide people with the information that you know they are interested in or they will quickly be ‘turned off’.

A study earlier this year by B2B magazine confirmed that B2B marketers are embracing social media marketing on LinkedIn, Facebook and Twitter in particularly, with LinkedIn cited as the most important social channel.

This article was written by Simon Jones, director of marketing at Digital Visitor